Some of My Favorite Fun Things to Do with Dogs

Some of My Favorite Fun Things to Do with Dogs

Keeping my dog healthy and mentally well was a challenge. I had a German Shepherd named Miles who was very intelligent. Before I knew how important it is to keep our pets stimulated, years ago, I did learn quite a bit from my dog about boredom.

One way I learned about his boredom was coming to learn his responses to music. It has been proven that some music stimulates the brain. It works for animals as well as for humans. Conversely, some music can create boredom. I learned that my dog was letting me know that he was sensitive to a lot more than what I had anticipated and was displaying some signs of boredom.

Miles was very quick to let me know that he was listening to music because sometimes he would groan with displeasure. It was rare that he would groan so deeply with annoyance when music was playing. It wasn’t until after the music stopped that his groaning would stop and eventually, I started to realize he was literally listening to the music! I had to imagine how awful it would be for a pet who cannot change his environment to suffer through something that was creating a disturbance. Exposed to an element of displeasure for extended periods of time would ultimately negatively alter a pet’s behavior. I understand that now.

I recently started dog-sitting for a friend. I wanted to make sure that I could keep a pleasant environment and I wanted to keep him stimulated. One day, Tuffy, a beautiful German Shepherd that I was dog-sitting, was over for the afternoon. I wondered what Tuffy would want to do to have fun other than catch the ball which is what we did fairly often. I tried some new things out that I hadn’t previously thought to do.

The first thing I did was I decided that I would take him out for a walk dressed in a costume to see how he would respond to wearing it. I took an old green shirt and rolled up the sleeves and buttoned him up in the shirt. I put a cowboy hat on his head. I happened to have had one that was for a baby doll that I had collected some years ago. I put a little bell around his neck so that when he trotted down the street, he drew attention. He looked so cute!

We headed out for the park. He was too funny! He kept trying to go up to other people as if he were really trying to get their attention to show off his new costume. He got a lot of compliments! When we returned home, he couldn’t stop kissing me! So we did it more often!

I have been around German Shepherds for most of my life. Along with many breeds, these dogs can get bored very easily. They need intellectual stimulation as well as emotional connection as do so many breeds. 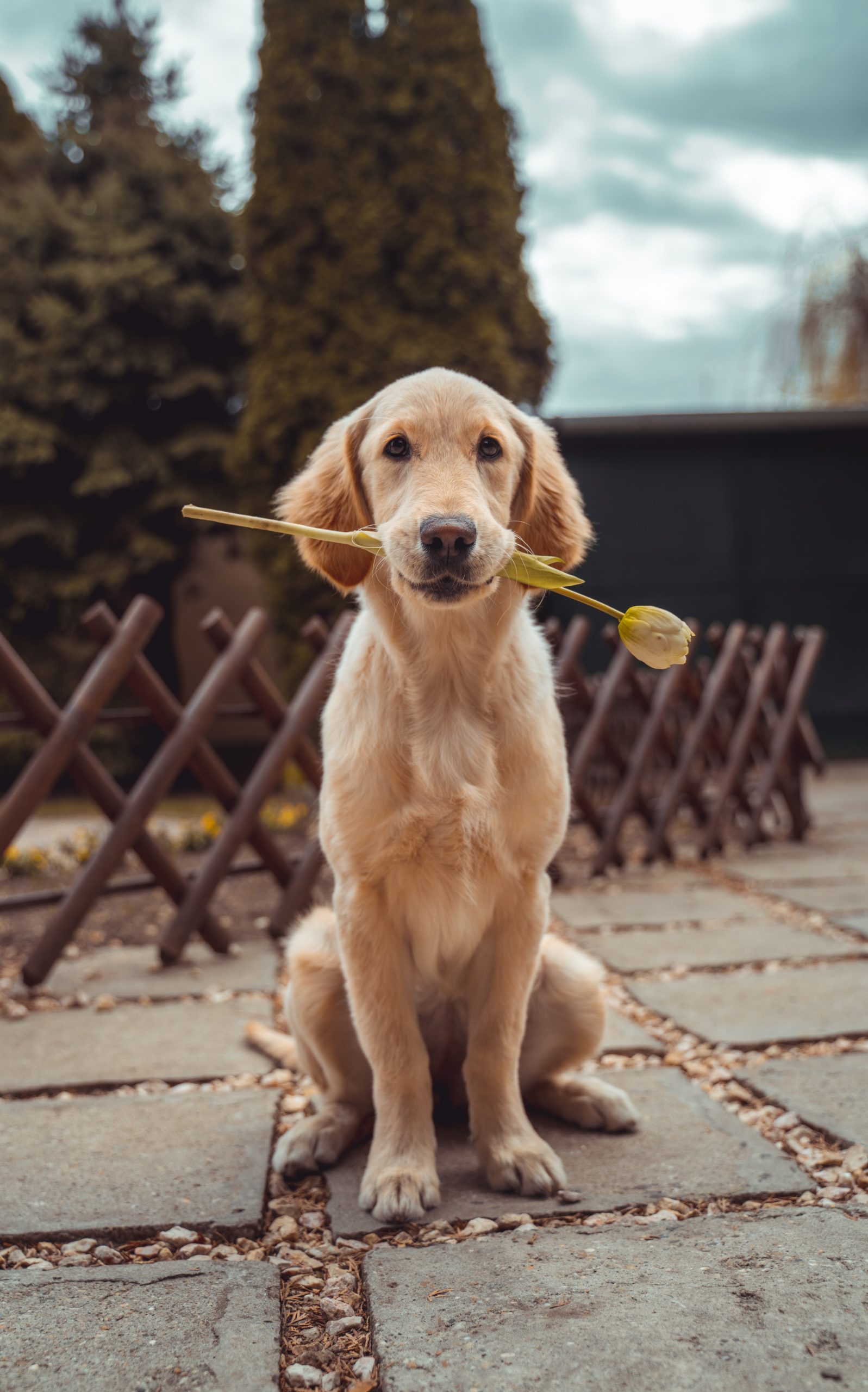 Another favorite fun thing I did was to teach Tuffy a song, “Mary Had a Little Lamb”, on the piano. Or at least I tried to! I put a piece of cheese on the three notes that he would play and when he cocked his head to the left as he licked the key to get the cheese into his mouth, the note would play. Each time he came over to visit, we would play “Mary Had a Little Lamb”. Once I didn’t have any cheese so I just pointed to the notes and he would lick the keys, (I am sure he was looking for the cheese) and the notes did sound! I couldn’t quite get him to play it without my showing him the actual keys but it was fun trying! I did continue to try to teach him other little songs as long as I had some cheese around!

One other fun thing I thought of was to have Tuffy sit in the piano studio with me while I was teaching my students. I had three students that afternoon. After each song, I asked Tuffy did he like the song? If his ears shot straight up, I believe he did like the song. When his ears laid back, I believe he did not like the song, especially since he usually yarned then too. Sometimes, he didn’t make it through the song and would get up and leave the room. Other times, he would get up and come sit closer to me. Once he groaned and started to play with his doll. After each song, he started to notice that I would look at him and ask the same question and eventually he looked at me as soon as the music stopped, before I would ask the question. He was engaged! It was amazing to see. It was also interesting to see how he responded to the different songs too. It was a lot of fun!

Please share your fun activity with your pet with us!